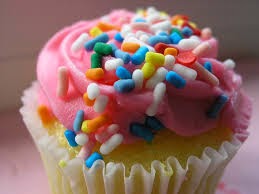 Restructuring your business? Jobs in peril? Unpalatable cost cutting on the cards messages to share with employees? Or maybe you want to engage them in the company’s exciting plans for the future?
It may be the fact I am still reeling from an unpleasant bout of flu (could I still be in that temperature-induced fug) but a senior colleague and I have come to a startling realisation this week with the arrival of a corporate missive from another part of the business.
We’ve been getting internal communication wrong for years.
Many of you internal comms folk have also been doing it wrong with your coaching of senior leaders; relentlessly consistent, clear, relevant and timely comms; creating opportunities for employee involvement, conversation and innovation to help your business shape up in an increasingly competitive world.
The answer to all the corporate challenges you may ever face as communicators is simple. Cup cakes. Yes, that’s right. Forget all those things you have been doing – not to mention ensuring your channels are four and five way – cupcakes are a culinary panacea for all internal communication on any subject whatsoever.
Losing your job? Here’s a cupcake. Having a stressful day/life/career? Here’s a cupcake. Restructuring your team and department? Here’s a cupcake. Let’s celebrate you aren’t getting a pay rise this year – here’s a cupcake.
And even better if you can send out those delicious bits of sponge to land (icing side up, obviously) on each employee’s desk.
And who said April Fool’s Day is just one day in the year!

Doggone it, who's in charge here? 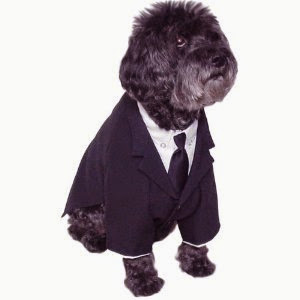 Having once been on a course entitled How to be as happy as your dog (and I didn’t even have a canine companion at that time) I feel I am more then qualified to talk about training in all its forms - both good and bad.

The dog course was unsurprisingly awful but the memory lives on in the sheer entertainment value of recounting how I ended up woofing at my fellow course companions and laughing hysterically. Clearly How to be as happy as your dog lived up to its title and promise.

Now the real reason I mention training is that a client and friend of mine has a tiny little dilemma involving her as head of internal comms and her lovely leadership and development colleagues in HR.

Their corporate battle is being fought over whom is best equipped and experienced enough to coach some of the organisation’s line managers in the fine (and forgotten) art of conversation with their teams.

L&D have a fabulous e-learning module (an oxymoron) and Powerpoint deck (always good for truly involving communication) into which, doubtless, the hapless line managers will be sheep dipped - thus transforming them and their communication skills forever.

My pal feels it will take much more than that and is suggesting an experiential approach. She has even mooted HR and IC work together (god forbid there’s collaboration across the silos).

The jury is still out but I would be interested to know from others if this is a topic causing friction in your own business.

And while you're doing that, I'm off for a walkies.

Posted by Sarah Lazenby at 07:20 No comments:

No more wafting about strategy without delivery!

Today’s communicator has to be business savvy – know more about the business and the market in which it operates than the CEO. I was on my soapbox at a recent Sequel run ASPIC seminar on internal communication where the fabulous wallpaper at The Soho Hotel threatened to overshadow my bright orange dress. With just one PowerPoint slide, the dress, and my 'resilience' music to boost me up for tricky days in comms - Start Me Up by the Rolling Stones - I was able to share what today's communicators need to focus on if they want to be taken seriously by their CEO and the business. You can read more about it here:http://tinyurl.com/qdpboz3
Posted by Sarah Lazenby at 08:46 No comments:

Coco the Clown and the Man Who Wanted Windows

This is a true story. I once saw an ex-boss lock herself into a cupboard rather than confront the bobble hat wearing would-be editor who turned up for a job interview at our creative comms agency. As the candidate - looking more like Coco the Clown in her equally shocking, bright stripy tights, mismatched skirt and tie-dye top - cycled across our courtyard, there was nothing else for it. It had been a long, tiring day of interviews and my MD was laughing so hard that tears were coursing down her face and she simply couldn’t face this candidate and take her at all seriously for a client-facing job. So into the cupboard she hopped. An extreme reaction perhaps but often people find it hard to imagine how important first impressions are to a potential employer. It’s the same with the bit at the end of every interview when your ‘maybe’ next boss asks you if you have any questions? Asking about holiday entitlement or salary as the only question or, even worse, not saying anything at all are a definite no-no. Particularly if you are going for a communications role. Equally unimpressive are questions of no relevance whatsoever. A candidate once asked me whether our company had windows. It was the only question, it was the early 90s, so I assumed he meant the Microsoft Operating System. But no, dear readers, he was talking about the glass variety you can see out of. Apparently his current office had no natural daylight. A shame. However, as I was potentially employing him as a comms consultant I felt there were way too many other more strategic and insightful questions he could have put to me – old fashioned future employer that I was. And, as I showed him the door, I really couldn’t imagine him working with any of our clients, asking them the right questions or giving them the best solutions. So my top tip if you can absolutely not think of anything worthwhile to say is to just say this: “What are the key objectives you would expect me to achieve in the first three to six months?” True it can flummox them but switched on folk should be able to respond. Just don’t say it wearing fancy dress!
Posted by Sarah Lazenby at 07:32 No comments:

Why 'cascade' is a corporate comms myth-take

There is one dreadful word still bandied about in internal communication. There are several but one I'd particularly love to see buried in the corporate comms nonsense graveyard of terms and practices is 'cascade'.
I know it still exists because a well-meaning FTSE big boss recently mentioned to me he had 'cascaded our annual results so every one of our 20,000 employees now knows and understands where the business is going'. Fingers crossed with that one.
I have also spotted 'cascade' lurking in Linked In forums, in IC articles and as a key achievement in communicators' CVs.
And we are not in 1990 anymore, Toto!
Anyone reading this post (apart from my mum) will have a few such archaic words they loathe too. Would love to share those. But surely in internal communication, and in a world where people are connected more than ever before, 'cascade' should have died out dinosaur-like a decade or two ago?
'Cascade' is no way to do business, folks. It is a corporate myth to imagine information cascade's like a waterfall through a business from the top to the bottom just because the CEO speaks about strategy and a thousand managers' not-very-brief briefing packs are produced. Even if the approach does start with lots of good intentions, as one comms grandee suggested brilliantly, the process 'leaks meaning at every level' and mostly grinds to a halt somewhere  in the middle because people have more important things to do - like work.
Conversation and helping facilitate that is what matters and that is sometimes a whole lot harder to achieve yet ultimately more effective and a tad more grown-up.
Cascade can always reinvent itself -  as a name for a bathroom company.
Posted by Sarah Lazenby at 02:15 No comments:

This isn’t an award-winning case study in great internal communications. Just a real life story where the absence of it is all too evident. Lessons can be learned which is why I am sharing it.
The normally cheery and uber helpful ticket check guy at my local railway station told me today he is being replaced by a machine. Indeed, rather like the Sword of Damocles, said machine is already in situ, right behind him silently waiting to take over his job.
Now I love change – particularly when it’s for the better – but my current operator Southern Rail and the equally appalling bunch waiting in the franchise wings - haven’t a clue about running trains. Which is really frightening when you consider that’s all they are supposed to do. When you throw in Network Rail it’s a rail recipe for disaster.
None of them communicate well – with staff, with commuters/customers or with each other. That means every day feels like a crisis comms scenario. And as a comms pro I have managed a few of those. Indeed, good old Southern Rail isn’t doing great on employee engagement bearing in mind the machine that’s replacing my experienced, cheerful, helpful chap has already been installed before he’s even collected his P45. I could fly to New York in the time it has recently taken me to get to work in London but thanks to my chap at the station and his help and advice he does make me feel valued as a customer, albeit one spending some thousands of pounds for the sheer, giddy pleasure of delays, cancellations and random jettisoning on to freezing platforms. He sadly tells me the service we are all getting is ‘disgraceful’. Not surprising when everyone can see it is and he doubtless gets the brunt of commuters’ increasing rage on a daily basis.
Where is the company’s leadership in all this?
I politely enquired when I might have an opportunity to find out why the service is deteriorating so and was told senior managers prefer their ‘Meet The Managers’ sessions on the concourses of large, open stations rather than smaller ones.
“They are very scared of actually meeting customers face-to-face”, says my man in the know.
Nuff said.
Posted by Sarah Lazenby at 09:11 No comments:

Shame of the macho managers on the 18.47

A man on my London train today referred to his colleagues as mostly 'dead wood.'
His travelling companion boasted he was relishing a major restructure involving the 'low hanging fruit' in his team.
A third besuited assassin smiled as he described wielding an 'axe' to decimate his 'headcount' by 25% in the next six months.
It's not the first time I've heard employees described like this and with such obvious disdain.
Sadly it won't be the last.
Macho posturing on the 18.47pm? You betcha!
But something else too. What struck me about the very loud conversation across the aisle was the realisation that someone somewhere had given these three men responsibility to manage people in their respective organisations through difficult times.
Can't imagine this terrible trio of horrible bosses doing that with any sense of leadership.


Here are some tips for communicating a restructure the right way http://bit.ly/zaDJPI
Posted by Sarah Lazenby at 14:07 No comments:

I started the first day of my career as a 19-year-old junior reporter covering a civic funeral.


It could only get better.


A spell answering readers’ letters for a national newspaper’s agony aunt column prepared me for corporate life. Since then it’s been a giddy whirl as an internal comms practitioner in organisations large and small.


Catch me on LinkedIn: